Cobalt (Co) is a silvery gray metal which has a relatively high specific gravity (8.9), and is hard, ductile, malleable, and magnetic. Cobalt has diverse industrial and military applications. Its principal use is in super alloys for jet engine parts. Other important uses are in permanent magnets for electrical devices and as a binder for cutting and abrasive tools, such as diamond drill bits. Cobalt chemicals are used for catalysts in the petroleum and chemical industries, drying agents for paints, varnishes and inks, additives to ground coats for porcelain enamels, and as pigments for ceramics, paints, and plastics. Cobalt is rarely extracted from primary ores, but is recovered as a by-product. Most of the present Western World's demand is met by cobalt obtained as a by-product of copper production in the African countries of Zaire and Zambia. Small amounts are also recovered as by-products of platinum or nickel refining. 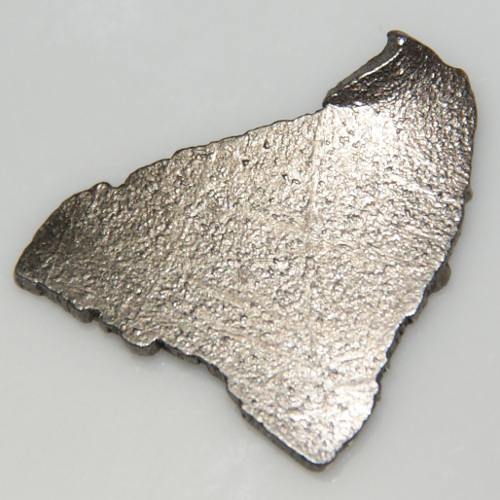 The United States is the largest consumer of cobalt, using about 30 percent of the world's production in 1991, yet there is no domestic production. Cobalt is considered a strategic and critical mineral because of its industrial and defense-related uses.

In 1983, sample analyses of more than 140 manganese-bearing sites in the Ouachita Mountains region indicated significant amounts (0.05 to 1.2 percent, combined) of cobalt, copper, lithium, and nickel in 40 percent of the deposits sampled. In 1992, the U. S. Bureau of Mines published two studies of the west-central Ouachita manganese district, both concerned with the extraction of manganese and other metals in these ores. In this area, manganese oxides, primarily the minerals cryptomelane (K(Mn4+,Mn2+)8O16) and psilomelane (massive hard manganese oxides), cement brecciated novaculite. Cobalt is concentrated in lithophorite ((Al, Li)Mn4+O2(OH)). Chemical analyses of initial concentrates gave values of 25 percent manganese and 0.17 percent cobalt. Magnetic separation yielded concentrates with up to 41 percent manganese and 0.22 percent cobalt with recoveries of 95 and 93 percent, respectively. No detailed resource evaluation has been done for the manganese district of the Ouachitas, despite several brief periods of active mining. Estimates of the district's manganese potential and, therefore, its potential for recoverable cobalt and other metals vary greatly, from 1 million short tons to over 6.4 million short tons.