Pure or fresh water in nature is water that falls from the sky as rain, snow or ice. How well it stays pure or fresh after it reaches the earth's surface is the major human concern.

Because of water’s significance to so many of our human needs any changes to the quality and quantity of our water supply can have a major impact to our economy, our society and to our personal well being. From the beginning of the human settlements availability to water has shaped where future Arkansas communities could be establishing and able to exist and grow. In the 21st century the State of Arkansas will have to continue to deal with protecting the quality of the state’s water supplies and maintaining adequate amounts of water not only for human use but for the whole ecology of living things within Arkansas. 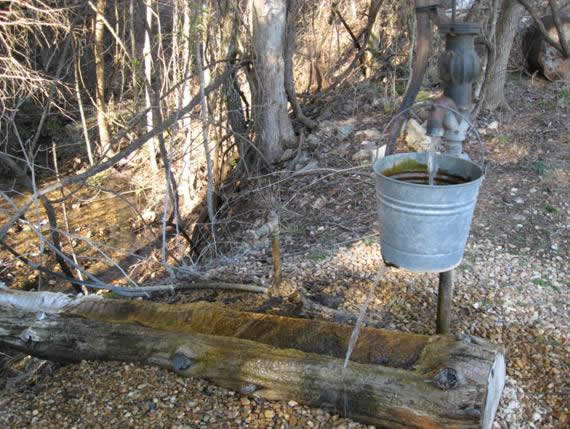 Arkansas has an abundance of water, however this resource is finite and needs to be used wisely.

Water is at its best when it can be found in its purest form with very little to nothing else being dissolved or suspended within it. The most desired is water of best quality that is free from harming human health and needed for good human health. There are water quality problems both with ground-water and surface-water sources in Arkansas. In some areas the quality of water from some aquifers has declined because of heavy pumping especially in southern and eastern Arkansas. The main threat to ground-water quality is however is from contamination from the surface.

Even natural sources of ground water such as springs can contain high amounts of minerals such as iron (see picture on the right). 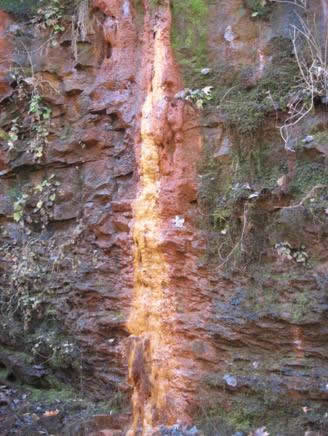 When ground-water moves or percolates at a slow rate through sediments or rocks most contaminates harmful or objectionable to humans, are usually filtered out. This natural filtering process is what makes ground-water so appealing as a supply because it usually needs little treatment to make it useful for human use. Surface water on the other hand does not undergo such filtering and being at the surface is most accessible to both natural and human produced contamination. These contaminates include natural compounds such as salt or sediment from land erosion. Man made contaminates include chemicals from industry, both urban and rural human and animal waste along with disease causing bacteria and viruses. 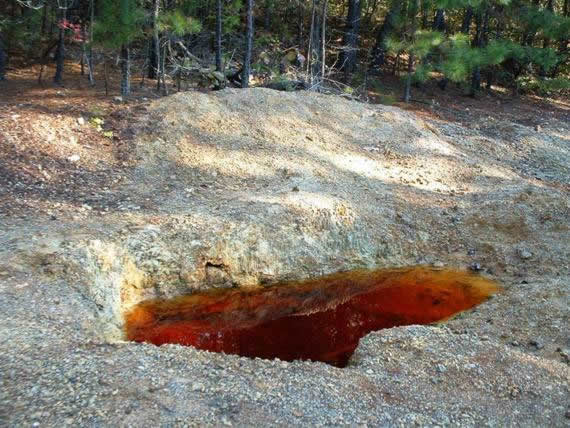 When Arkansas is in a long drought then the issue of water quantity is most often brought to the attention of the public. The prolong lack of rainfall and continued demand causes large drops in lake and reservoir levels that can lead to water rationing.

An issue not often presented to the public is the continued decline in water levels in wells that supply some communities in southern and eastern Arkansas. The Sparta aquifer has had large drops in Jefferson, Union and Colombia Counties because of heavy use by cities and industry. If not corrected the aquifer would become depleted and wells would then go dry. During the last few years the recognition of this problem has lead to the communities and local industries in the Magnolia and El Dorado to switch to surface sources in order to allow the Sparta aquifer to recover.

The largest water use issue will be the use of the Mississippi Alluvial aquifer in eastern Arkansas. This one aquifer is the primary source of irrigation water and as a consequence is experiencing large areas of declining water levels. Water conservation, using different farming methods or growing different crops and finding surface sources of water will be needed in the not too distant future or this most used of the states aquifers could be lost. 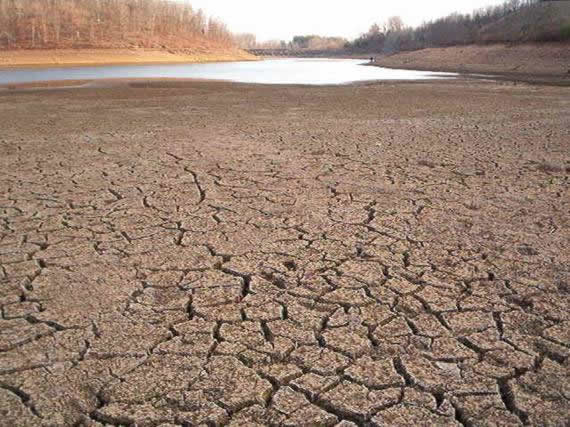 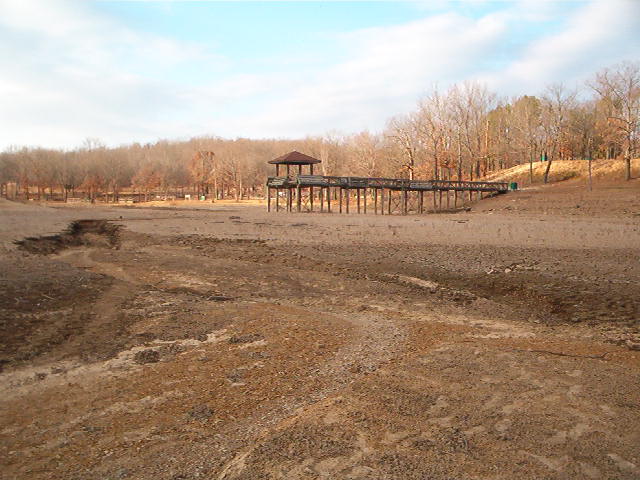 Drought (too little water) can have major impact to surface water supplies such as this lake at Woolly Hollow State Park.

Water use in Arkansas between the years 1965-2005 has increased 435 percent. The amount of rainfall and stream inflow has not changed to any measured degree. The human population is now over 2.6 million (2005) and is expected to continue to grow. There are current problems with declining water levels in aquifers. The State has streams that have contamination problems from human activity and some from just natural causes. Flooding is an ever present problem in Arkansas as an over abundance of surface water that causes harm to people. There are water systems in the State that say they need additional water for their people but cannot get access to the closest supplies because government restrictions because those water sources are currently held for other purposes.

The challenges the State of Arkansas has with its water resources have been recognized for more than 40 years. Some challenges are being address but many more actions will be necessary in the future to best use and protect the State’s water resources. Because just like air, land and food there is nothing else that is as important to human survival as having good and abundant water.

Flooding (too much water) causes quick loss of property and sometimes human life (see picture on the left). 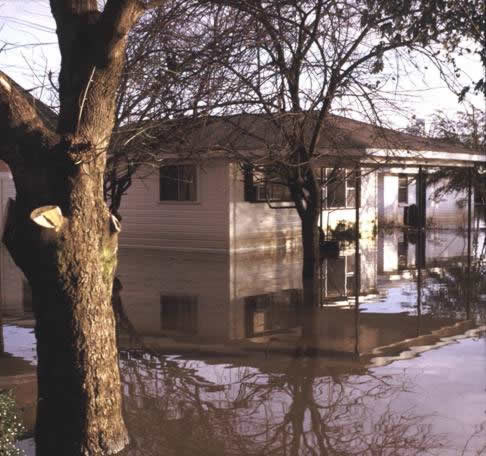