Elemental mercury (Hg) is relatively scarce and is formed by the weathering or oxidation of several mercury-bearing minerals. The most important ore mineral is cinnabar (HgS). Elemental mercury is a liquid at normal temperatures, freezes at -38.4° C, and boils at 357° C. This liquid state at ordinary temperatures led to its early use in thermometers. It will dissolve finely divided gold (dust and flour) and can then be boiled off, leaving the gold behind. Consequently, it has been used for centuries to collect gold that would otherwise not be recoverable. Mercury is in most rock types in trace amounts. 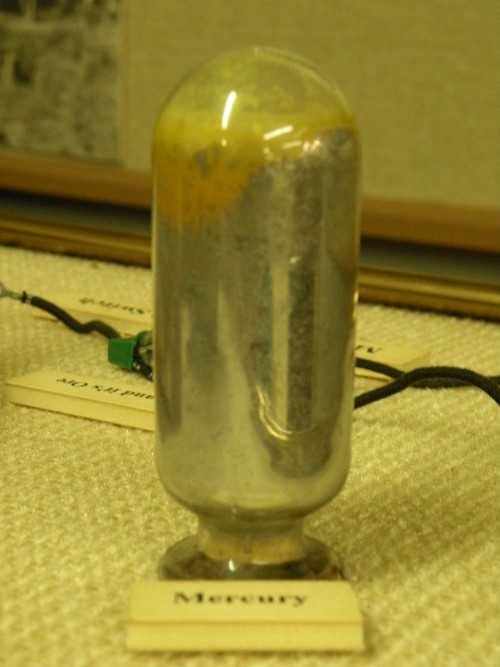 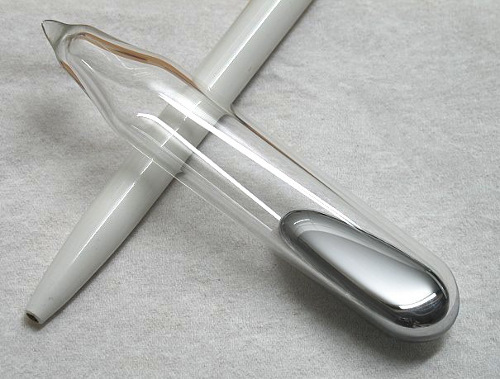 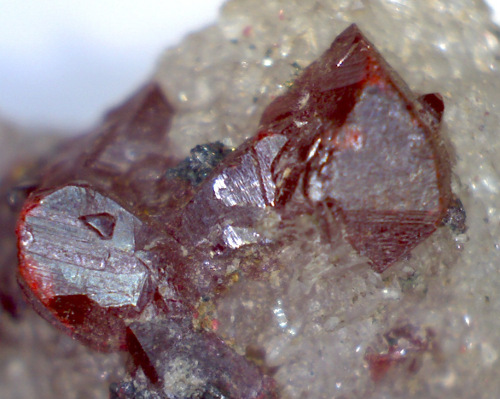 Although mercury was widely used in the past for several applications, the market for products containing mercury steadily declined in the 1980's because it was recognized to be toxic. It still has important uses in the chemical and electrical industries as well as in dental applications and measuring and control devices.

The mercury-bearing district in southwest Arkansas occupies an area 6 miles wide by 30 miles long extending from eastern Howard County through Pike County and into western Clark County. Surface rocks in the mercury district are sandstone, shale, and siltstone of the Mississippian and Pennsylvanian Systems (Paleozoic). These rocks are covered in the southern portions of the previously mentioned counties by Cretaceous clay, sand, gravel, and limestone beds. The Paleozoic rocks have been folded and faulted into steeply dipping, generally east-west trending ridges and valleys. Cinnabar and other primary minerals were deposited by aqueous solutions rising through the fractured Paleozoic rocks.

History of Mining and Production

Cinnabar, the principal ore mineral, was first discovered in southwestern Arkansas in 1930. Prospecting along the major trends of larger faults in the area was conducted by examination of outcrops, pitting, trenching, core drilling, and some geochemical sampling. Mining, by both surface and underground methods, began in 1931 and mercury was recovered yearly through 1944. Minor, but rich, placer cinnabar was recovered at the Parker Hill mill site in Pike County and added to the primary ore before roasting. Cinnabar was roasted in the presence of oxygen, to break the mineral down into free mercury vapor and sulfur dioxide. These gases were then cooled and the mercury condensed as a liquid and was recovered. Refining during this period yielded approximately 1,500 76-pound flasks. Mining has been negligible since 1946.

Stone, C. G., Nix, J. F., and McFarland, J. D., 1995, A regional survey of the distribution of the mercury in the rocks of the Ouachita Mountains of Arkansas: Arkansas Geological Commission Information Circular 32, 25 p.