Silver (Ag) has been an important metal since ancient times. Often present as a native element possessing readily workable properties of malleability, ductility, and sectility, silver was easily fashioned into ornaments, utensils, and coinage. Today silver has many important industrial uses, including photographic negative films and papers, photocopy paper, X-ray plates, and photographic off-set printing plates. All of these uses are dependent on the light-sensitive nature of silver halides. Metallic silver has applications in electrical and electronic products due to its high electrical and thermal conductivity. In fact, silver has the highest electrical and thermal conductivity of all the metals. Silver is also used in the manufacture of batteries for special applications, especially where reduced size and weight are important, as in hearing aids and in space craft. Silver is used decoratively in jewelry and sterling ware, usually as sterling silver (92.5 percent silver and 7.5 percent copper alloy). Due to their high cost, sterling silver tea sets have lost popularity recently. Silver solders have important applications in the jewelry, electronic, and air conditioning industries, due to silver solder's high strength. Silver is commonly used to create the reflective backing of mirrors, as catalysts, as one of the alloy metals in dental fillings, and for investment purposes as bars, coins, medallions, and commemorative objects. 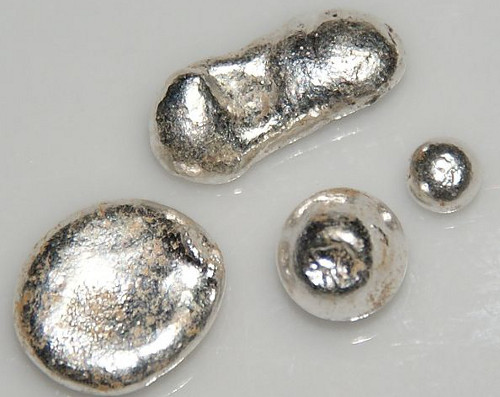 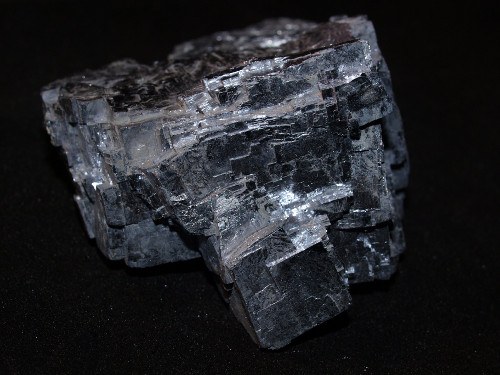 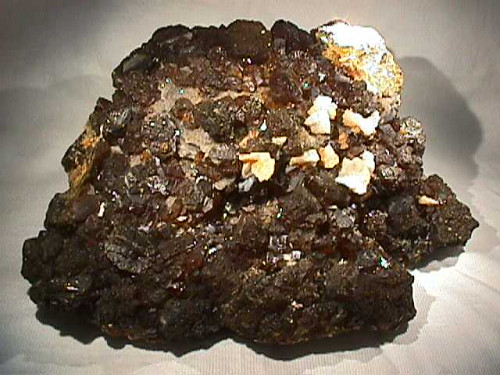 All significant silver mineralization in Arkansas is associated with hydrothermal lead-, zinc-, and copper-bearing quartz veins scattered throughout the Ouachita Mountain region. The deposits are present mostly in small fracture-filling quartz veins which formed in tightly folded sedimentary rock of Paleozoic age. The deposits are present in rocks ranging from the Collier Shale to the Jackfork Sandstone (Cambrian to Pennsylvanian). The silver is usually associated with galena (PbS) or sphalerite ((Zn,Fe)S). Minor amounts of freibergite ((Ag,Cu,Fe)12(Sb,As)4S13) may be present.

The abandoned Kellogg mines in Pulaski County, a lead-, zinc-, copper-, silver-bearing deposit, were discovered in the early 1840's and mined underground intermittently until 1927. The greatest period of activity was before the Civil War. In 1925, 3,118 troy ounces of silver were reported recovered from processing of galena concentrates. The silver was valued at $2,194. In 1926, mining activity recovered 70 short tons of silver-bearing lead concentrates, valued at about $6,000 (combined silver and lead value). Prospecting of lead-, zinc-, copper-, and silver-bearing quartz veins occurred in the late 1800's near the community of Silver in Montgomery County. Although no commercial mining took place, several tons of concentrates were processed for lead and silver as part of the exploration effort.

In the early 1980's, company exploration programs for zinc deposits in Montgomery County involved drilling and examination of cores of the Womble Shale and Bigfork Chert (both Ordovician). The work revealed traces of silver and zinc mineralization. Analyses of selected Paleozoic shale units in the Arkansas Valley indicate that some lead-bearing shales also contain traces of silver. Only traces of silver have been reported by analytical work on the zinc, lead, and copper deposits of the Ozark region of northern Arkansas.

There are no deposits of silver in Arkansas known to be of commercial importance, although silver may be potentially recovered as a by-product should mining of lead-zinc ores of the Ouachita Mountain region become economically feasible.

Comstock, T. B., 1888, Report upon the geology of western-central Arkansas with special reference to gold and silver: Arkansas Geological Survey Annual Report for 1888, v. I, pt. 2, 320 p.

Image courtesy of Stas1995 from https://commons.wikimedia.org/wiki/File:Pieces_of_silver,_3_grams,_the_biggest_piece_is_1_cm_long.jpg