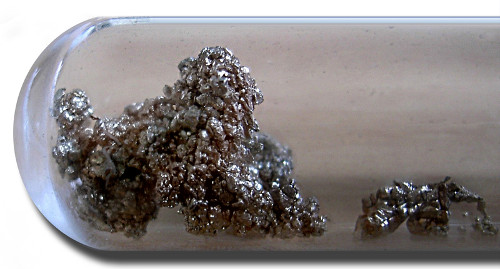 The commercial strontium-bearing minerals are celestine (SrSO4), containing 56.4 percent strontium oxide, and strontianite (SrCO3), containing 70.1 percent strontium oxide. Of these two minerals, celestine (formerly called celestite) is the only one found with commercial potential in Arkansas. Celestine may form in association with rocks deposited by the evaporation of sea water (evaporites) or with igneous rocks. 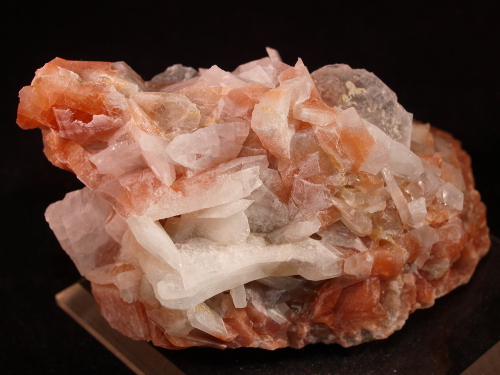 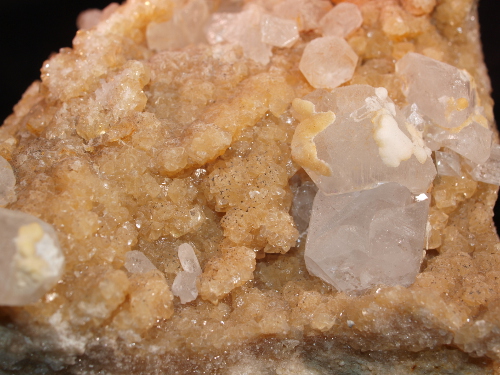 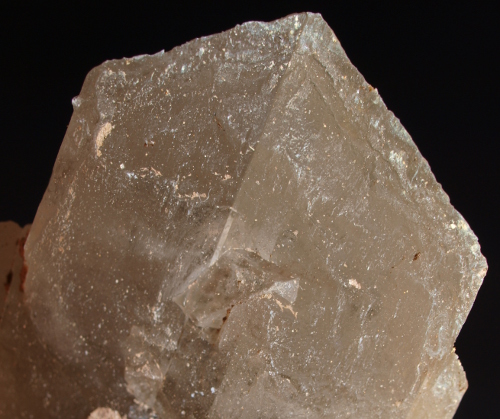 Approximately 80 percent of all strontium is consumed in glass and ceramic manufacturing, primarily in television face-plate glass, and magnets for specialty applications. About 2 pounds of strontium oxide are in the face plate of the picture of every color television set, where it blocks X-ray radiation and improves the brilliance of the picture. Strontium-bearing magnets are used in small electric motors, loudspeakers, and in the magnetic closures of refrigerator doors. Strontium is also used in fireworks (imparts red color), tracer bullets, zinc-metal processing, paint pigments, desensitizing toothpaste, aluminum-parts manufacture, optical and piezoelectrical applications, fluorescent lights, and in analytical laboratories.

Celestine in Arkansas is associated with sedimentary evaporite deposits in the DeQueen Limestone of the Trinity Group (Cretaceous), which extends from the Little Missouri River in Pike County westward across Pike, Howard, and Sevier Counties and into Oklahoma. The best exposures of coarsely crystalline celestine are at the Certain Teed gypsum mine at Briar in Howard County and about 3 miles south of Dierks, Howard County. South of Dierks, celestine is present as thin layers 25 to 35 feet above the base of the DeQueen Limestone. Two celestine beds have been investigated in this area. While the upper bed consists of lenses, the lower bed is continuous and averages 2 to 4 inches in thickness, but may be 6 inches thick in places. These celestine beds underlie at least 3 square miles and have an average thickness of 4 inches. The celestine is often intergrown with calcite.

Celestine was discovered in Arkansas in 1929 by U.S. Geological Survey geologists while mapping the southwest area of the state. In 1941, 1,500 pounds of celestine were collected and marketed by W. F. Hintze Company. During 1942 and 1943, a company conducted a prospecting and exploration project for celestine. The company dug test pits and drilled 750 test holes over 30 square miles of Howard County. Subsequently, 90 tons of celestine ore were mined by open-pit methods and shipped to Nacagdoches, Texas, for processing.

Currently, celestine mining in the United States is inactive due to our close proximity to Mexico, the world's largest strontium-mineral producer.