Thorium (Th) is a radioactive metallic element that, until the 1950's, was known only by chemists and physicists. It is not abundant, but major supplies are in sands rich in monazite ((Ce,La, Nd,Th)PO4). Commercially, monazite is recovered as a by-product of the processing of titanium-bearing heavy-mineral sands. Thorium is used mainly for refractory applications, metal technology applications, ceramics, and welding rod coatings. Thorium was formerly used in all gasoline lantern mantles, but suitable substitutes are now used. Thorium had minor use as a nuclear fuel in a few foreign-based nuclear reactors. 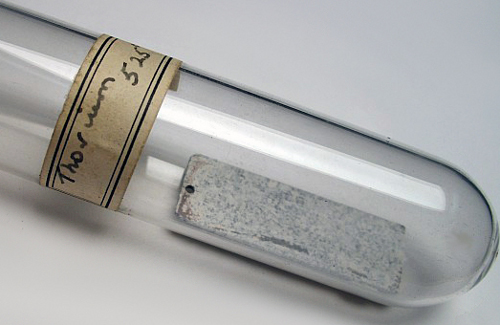 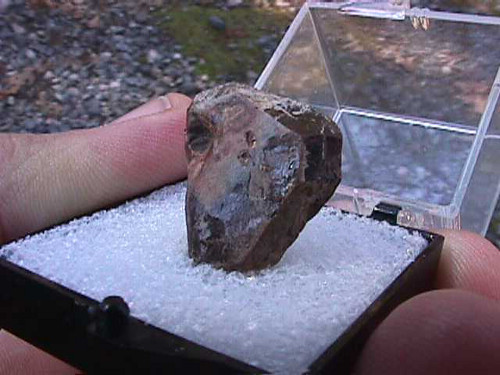 Since thorium minerals are generally radioactive, several discoveries of thorium-bearing areas were made in the United States during uranium exploration in the early 1950's. In Arkansas, radioactive anomalies (see Uranium) were discovered in the Magnet Cove area in Hot Spring County. Samples of the anomalous material contained thorium rather than uranium. Another radioactively anomalous site is the Uebergang deposit in Saline County. Here, both thorium and uranium are in a quartz-feldspar rock. A select sample analyzed 0.019 percent uranium and 1.5 percent thorium. There has been no mining of thorium ores in Arkansas.