Titanium (Ti) is a lightweight metal which was discovered in 1791 and is known for its corrosion resistance and high strength-to-weight ratio. Titanium comprises about 0.62 percent of the earth's crust and is present mainly in the minerals rutile, brookite, anatase (all TiO2), leucoxene (fine-grained titanium oxides), ilmenite (Fe2+TiO3), perovskite (CaTiO3), and titanite (CaTiSiO5). In Arkansas, the most important ore minerals are rutile, brookite, and ilmenite. Rutile and brookite each have a specific gravity of over 4.0 and the same chemical formula, but differ in crystalline structure. Both are commonly black in Arkansas and occur as grains and crystals, water-worn pebbles and granules, or crystalline masses. Ilmenite is black with a metallic luster, and has a specific gravity of 4.7. It occurs as water-worn sand-sized grains. 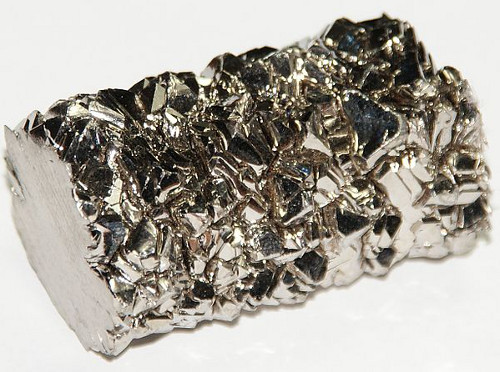 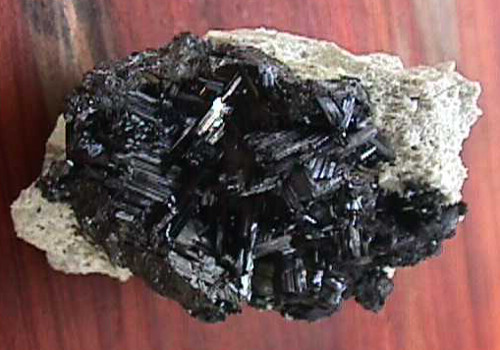 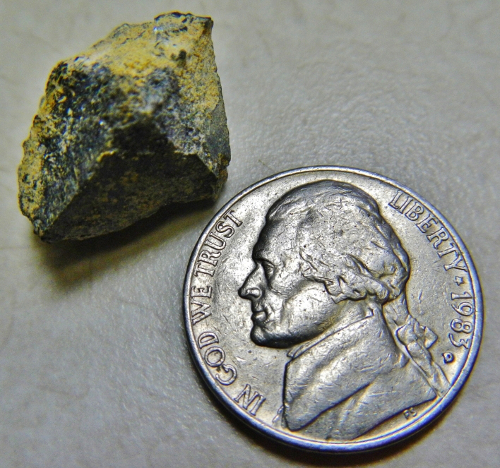 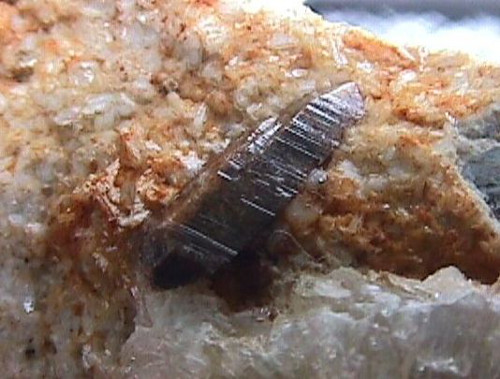 Titanium is used mainly in the form of titanium dioxide, although the metal is also used as an alloy. Titanium dioxide's main use is as a white pigment in paint, paper, and plastics. Minor uses of titanium minerals include ceramics, chemicals, welding-rod coatings, heavy aggregate, and steel-furnace flux. Uses for titanium metal alloys include metal bone replacements for humans and parts for hearts, eye glasses frames, and as parts for aircraft, submarine engines, golf clubs, and electric generation plants. Titanium is classified as a strategically important metal.

Rutile, brookite, and perovskite occur at Magnet Cove, Hot Spring County. At Magnet Cove, two general types of rutile-brookite deposits are present: feldspar-carbonate-rutile veins in the intrusion and brookite-quartz veins in the altered Arkansas Novaculite contact zone adjacent to the intrusion. Perovskite is associated with late-stage carbonate-rich piercing bodies in the intrusion's interior. Rutile was mined from open pits at Magnet Cove from 1932 to 1944, where about 5,400 tons of rutile concentrates were recovered. Investigations by the U. S. Bureau of Mines show that deposits in the Magnet Cove area contain 8 million tons of titanium-bearing material ranging from 4 to 8 percent TiO2. However, high trace element-content, particularly of niobium, has precluded any commercial development. High-level terrace deposits south of Magnet Cove contain well-rounded placer rutile, which ranges in grain size from sand to pebble gravel. This area had minor open-pit production during the 1930's. In Garland County, sporadic titanium values were noted during vanadium mining at Potash Sulphur Springs, but none were recovered.

In Pike, Howard, Sevier, and Little River Counties, ilmenite is in the upper sandy part of the Cretaceous Tokio Formation. The Tokio Formation crops out near Arkadelphia, Clark County, and extends west to the Arkansas state line, north of Arkinda, Little River County. The largest deposits of ilmenite sands are located near Mineral Springs, Howard County. One deposit was surface-mined, but minimal ilmenite was recovered. Recent drilling investigations by the Arkansas Geological Commission have revealed that some 110,000 tons of TiO2 are within 50 feet of the surface. During 1939 and 1940, 12.8 short tons of ilmenite were recovered by processing of sand from the Arkansas River by a company in Yell County. No ilmenite is mined in Arkansas today.

Image courtesy of Stas1995 from https://commons.wikimedia.org/wiki/File:Titanium_crystals.jpg